Please find the steps to change the timezone of vCD appliances here.

Please find the steps to change the DNS server(s) of the vRealize Operations Manager Virtual Appliance. For each node that you want to change, perform these steps:

1. SSH to the vRealize Operations Manager Appliance as root.
2. Verify the current DNS configuration by running the following command:

Please find the steps to change the DNS server(s) of the vRealize Log Insight Virtual Appliance. For each node that you want to change, perform these steps:

1. SSH to the vRealize Log Insight Virtual Appliance as root.
2. Verify the current DNS configuration by running the following command:

Please find the steps to change the DNS server(s) of the vRealize Orchestrator Virtual Appliance 7.6.0( It may work on 8.x, I haven’t got chance to test 8.x). For each node that you want to change, perform these steps:

1. SSH to the vRealize Orchestrator Appliance as root.
2. Verify the current DNS configuration by running the following command: 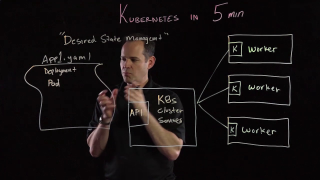 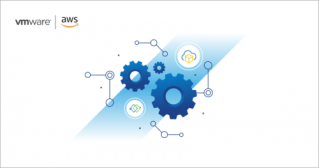 AWS Lambda in a nutshell

Lambda is an AWS offering to build serverless applications. It helps you to run code without provisioning or managing servers. The Lambda functions can be invoked directly through API calls or in response to events. AWS will charge the customer only for the compute time consumed by Lambda function, so no need to pay for idle time. You can learn more about lambda here.

The code you run on AWS Lambda is uploaded as a ‘Lambda Function’. AWS Lambda natively supports PowerShell as scripting language. It helps us to write Lambda functions in PowerShell which includes commands from PowerCLI modules.

I’ve used Powershell Core v6.2.1 which can be downloaded from PowerShell GitHub repo.

1.1 Goto https://github.com/PowerShell/PowerShell/releases/tag/v6.2.1 > Assets > and download the Package suitable for your OS, mine is Windows 10 and the bundle ‘PowerShell-6.2.1-win-x64.msi’ worked fine.

1.2 Once downloaded, double-click the installer and follow the prompts.

The following are the commands available in module ‘AWSLambdaPSCore’

If you already have PowerCLI modules installed in Powershell Core, skip this step.

AWSLambdaPSCore module provides some Script Templates. Get-AWSPowerShellLambdaTemplate will list out the available templates.

We will use the template ‘Basic’ to create script ‘VMC-GetVM.ps1’ for getting the VM list from VMC SDDC.

Step 6 : Modify the script to get the VMs from vCenter located VMConAWS SDDC.

If you are new to Powershell Lambda its good to go through this article to understand Input Object, Returning Data, Additional Modules and Logging.

Open the script VMC-GetVM.ps1 in the editor, I use VSCode. Replace the content of the script with the following script.

The values for the properties (venter, vCenterUser, etc) in the object $LamdaInput will be passed when we execute the function.

Step 7 : Reduce the size of package

In next step we will publish the Lambda Function. While publishing, a deployment package that contains our PowerShell script ‘VMC-GetVM.ps1’ and all modules declared with the #Requires statement will be created. But the deployment may fail since the package with listed PowerCLI modules will exceed Lambda’s hard limit on Package size, ie 69905067 bytes. In that situation the following error will be thrown.

To avoid that, as a workaround, we’ve to reduce the package size by cutting down the size of PowerCLI modules. When I checked ‘VMware.VimAutomation.Core’ is the largest module which is due to  Remote Console files included in the module.

Browse to the following path and move the folder ‘VMware Remote Console’ to Documents.

Login to AWS Console and navigated to IAM. Create new role ‘lambda_basic_excution’ with the policy ‘CloudWatchLogsFullAccess’.

To publish our new PowerShell based Lambda function, let’s execute the following command from Powershell Core.

It will take a while to create the package and deploy to AWS Lambda.

Once the function is deployed, login to AWS Console and navigate to Lambda. Select the newly created function ‘VMC-GetVM’

To execute the newly created function from PowerShell Core we need the module ‘AWSPowerShell’. Run the following command to install it.

From the editor (VSCode) create new file LambdaExecute.ps1 and copy the following code.

Once the execution completed you can see the list of VMs in CloudWatch Logs.

You can see the VMs list in the Message!

The following option is not useful since some modules are dependent on others.

The easiest way to remove all VMware modules is to remove them from module path. The following command will help you to find out the location of VMware modules. Once its identified just delete them from explorer. Powershell modules doesn’t make windows registry entries, so deleting them from the path is equivalent to a complete uninstall.

Its important to add necessary privileges to the roles after vRealize Orchestrator 7.5 is registered in vCloud Director 9.5. Otherwise you will not be able to see the Option to ‘Execute’ the vRO workflows. As shown in the following screeenshot the option ‘Execute’ will be hidden in Tenant Portal.